Are you a pig or a snake? VP Robredo puts twist to flag ceremony for CNY 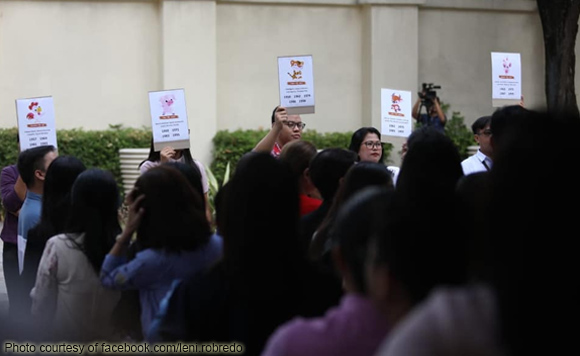 To welcome the Chinese New Year, Vice President Leni Robredo and her staff members had a little fun on Monday.

The flag ceremony was also eventful as her office honored the birthday celebrators for February, while she administered the oath to newly-promoted workers.

Looks like the OVP had a busy start to the year of the pig!

“First Flag Ceremony for the month of February. Honored the February birthday celebrants, the newly-promoted took their oaths, and we all said thank you and goodbye to Wil and Fe, who are retiring.

And because it’s Chinese New Year tomorrow, our lines were not by unit but by our Chinese Zodiac Signs😘,” Robredo posted.