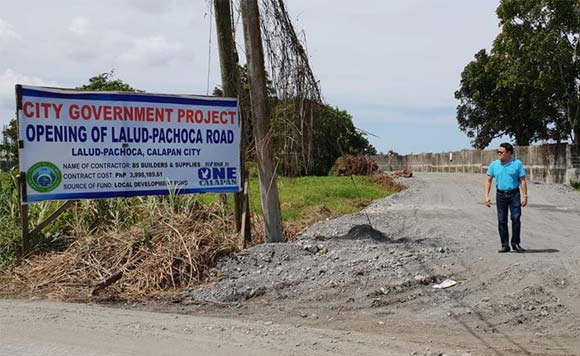 For others, Sunday is a rest day. But for Calapan City Mayor Arnan Panaligan, it is an ordinary working day.

The project, once completed, is seen to ease gridlock in two barangays.

“This road opening will help reduce traffic in JP Rizal St. in Bgys. Camilmil and San Vicente,” the office said.

“Motorists coming from Pachoca to Wawa going to Lalud, City Hall and all barangays south and west of Calapan City and vice versa can use this alternate road and bypass the busy JP Rizal St,” it added.

The said project is fully funded by the city government.

“This project is funded entirely by the City Government. An example of Accomplishment, Competence and Peformance in governance,” Panaligan’s office said.