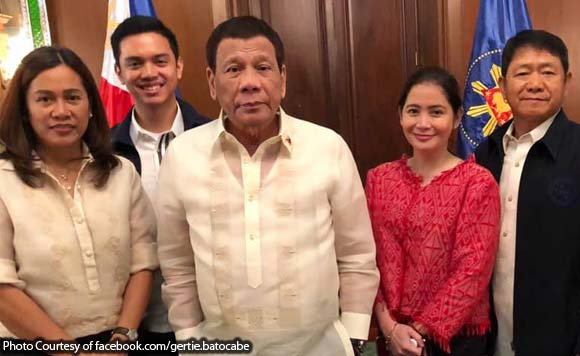 They were joined by other Cabinet Secretaries Eduardo Año of the Interior department, Berna Romulo-Puyat of Tourism department as well as former Special Assistant Bong Go.

“Thank you, Mr. President for all the help and encouragement. Yes, ready to be a #partnerforchange for our hometown of Daraga!,” Gertie said.

For his part, Justin described the meeting as “productive” as they tackled peace and order in Daraga.

“Together with his cabinet we discussed plans for a greater Daraga and a more progressive Bicol region,” he added.

Rep. Batocabe and his aide SPO2 Orlando Diaz were killed last December 22 while attending a gift-giving event in Daraga, Albay.