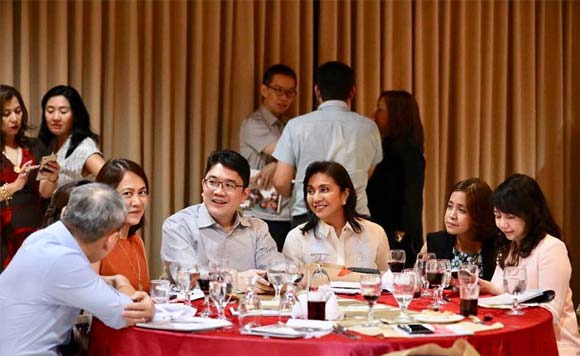 Vice President Leni Robredo’s batch mates at the University of the Philippines School of Economics came together to help her when she ran in 2016.

And from then up to now, they have shown that they are solidly behind her.

In a Facebook post, Robredo said her classmates called themselves the Vice Squad and after she won, they continued to help her out.

They built schools for Angat Buhay communities and provided jobs for its people. They help out during disasters and offer training.

They met again recently, and their question to her was how else they could help her.

She truly feels blessed to have them with her.

This is one Vice Squad that more people should emulate!

“When I became a VP candidate, my UP Econ Batch 86 classmates immediately bonded and thought of ways on how they could help me out.

They call themselves the VICE SQUAD😊

Now, almost three years since I assumed office, they’re still helping me out. They’ve been building schools for our Angat Buhay communities, helping me out in responding to disasters, providing training and employment opportunities to our beneficiaries, and many more.

Last night, they got together again, still asking me the same question: “How else can we help”? Super lucky to have them with me in this journey.