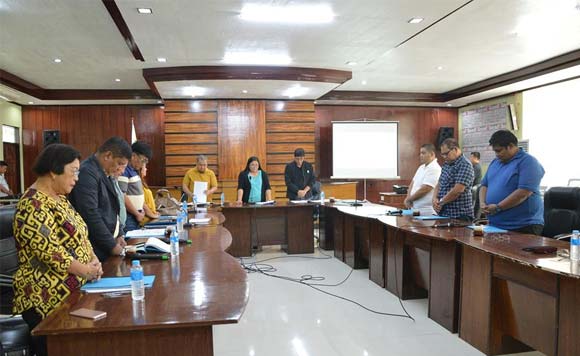 Catanduanes Rep. Cesar Sarmiento has attended the first meeting of Catanduanes Development Council or CDC for this year.

“Cong. Cesar Vergara Sarmiento attends the first meeting for 2019 of the Catanduanes Development Council or CDC which is presided by Acting Governor Shirley A. Abundo (Jan. 25, SP Session Hall),” the solon’s office said.

The council discussed various developmental projects such as the Annual Investment Plan.

“The CDC members tackle important matters like the identification of additional projects in the Annual Investment Plan or AIP of the province for possible implementation this year, and some other concerns like the controversial quarry operations in Bgy. Sto. Domingo of Virac and the employment of casuals by the provincial government,” Sarmiento’s office said.