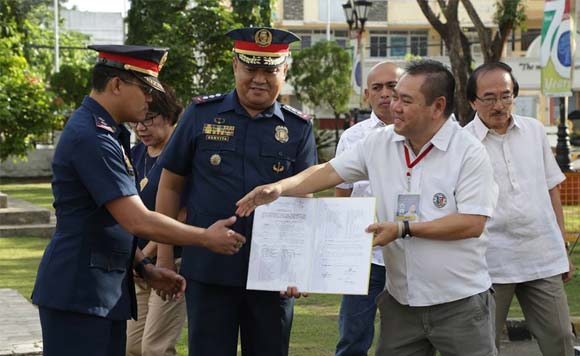 Mayor John Bongat presented the plaque of recognition to the NCPO during yesterday’s flag-raising ceremony.

“The City Government of Naga commended the Naga City Police Office (NCPO) through Resolution No. 2019-022, for their notable accomplishments in the anti-drug operations in the city last January 12, 2019,” the city government said.

Meanwhile, Mayor Bongat also led the distribution of allowance of 29 29 students of the City College of Naga.

“CONGRATULATIONS to these 29 students of the City College of Naga who are benefited with P 28,000.00 cash allowance (P 4000.00 per month from June to December) under the Tertiary Education Subsidy program of the Commission on Higher Education (CHED),” the city government said.