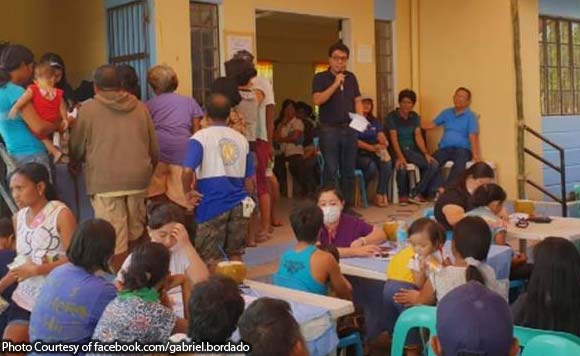 Camarines Sur Rep. Gabriel Bordado, Jr has been spearheading various medical missions in the third district of the province.

Bordado said that his team brought medical missions in Naga City, as well as in various coastal barangays.

“We have been conducting medical missions in various areas of the 3rd district of Camarines Sur, particularly in Naga City as well as in the coastal barangays of Canaman, Magarao, Bombon, and Calabanga,” Bordado said.

Bordado said that his team will bring medical missions in Camaligan, Pili, and Ocampo towns.

Meanwhile, Bordado said that House Committee on Health approved his bill, HB 8276, increasing the bed capacity of the BICOL MEDICAL CENTER (BMC) from 500 to 1000, upgrading the service facilities and professional health care therein.