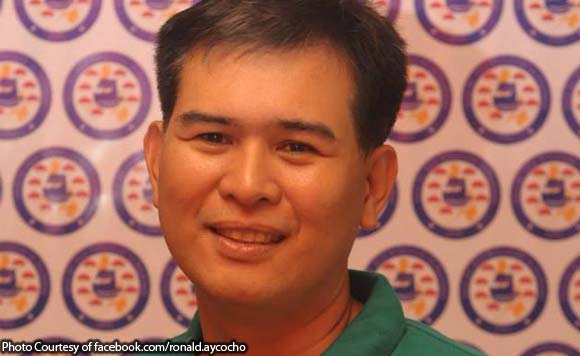 Anthony Nuyda, DILG-5 director, served the order to Perete during a meeting at the regional DILG office here at about 6 p.m. upon the order of the Commission on the Elections (Comelec) 5 in Bicol to carry out the rule of succession in the town.

“Considering the temporary incapacity of Mayor Baldo, Hon. Victor U. Perete, vice mayor of Daraga, shall then assume as acting mayor who will be performing executive functions,” Comelec-5 Director Maria Juana Valeza said in a letter to Nuyda.

The Comelec also ordered the DILG to monitor and implement the directive and submit a report within 48 hours. Both Baldo and Perete are running for the position of town mayor.

Baldo was apprehended Tuesday for illegal possession of firearms but was rushed to the hospital reportedly due to asthma shortly after his arrest.

The suspended mayor is also being accused of being the brains behind the fatal shooting of AKO Bicol Party-list Rep. Rodel Batocabe and his security aide, SPO2 Orlino Diaz last December 23 during a gift-giving activity. (PNA)