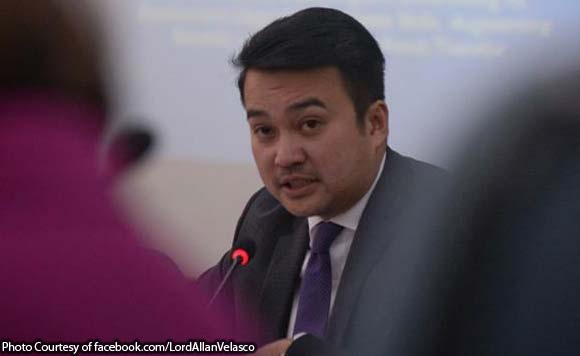 0 596
Share
Want more POLITIKO News? Get the latest newsfeed here. We publish dozens and dozens of politics-only news stories every hour. Click here to get to know more about your politiko - from trivial to crucial. it's our commitment to tell their stories. We follow your favorite POLITIKO like they are rockstars. If you are the politiko, always remember, your side is always our story. Read more. Find out more. Get the latest news here before it spreads on social media. Follow and bookmark this link. https://goo.gl/SvY8Kr

Marinduque Rep. Lord Allan Velasco has vowed to fast-track the passage of the Murang Kuryente Bill to help Filipino consumers.

Velasco spearheaded the approval of the Murang Kuryente bill at the committee level last Tuesday.

The Marinduque solon chairs the House committee on energy.

“After the approval of the Murang Kuryente Bill in the Energy Committee on January 22.2019, we hope to fast-track it’s passage to ease the burden suffered by Filipinos from high electricity rates,” Velasco said.

Under the bill, the national government will earmark a budget to pay the debts pf the National Power Corp. thereby reducing the charges on consumers’ bill.

Meanwhile, Velasco spearheaded the bicameral conference recently together with his Senate counterpart Senator Sherwin Gatchalian to threshout the differences of House and Senate versions of another key legislation – the Energy Efficiency & Conservation (EEC) Bill.

“This measure which has been pending for 30 years will lay down the foundation for a comprehensive Energy-efficiency and conservation policy that would mandate the efficient and judicious use of energy resources, and promote the development and utilization of both new and alternative sources of energy-efficient technologies and systems,” Velasco said.