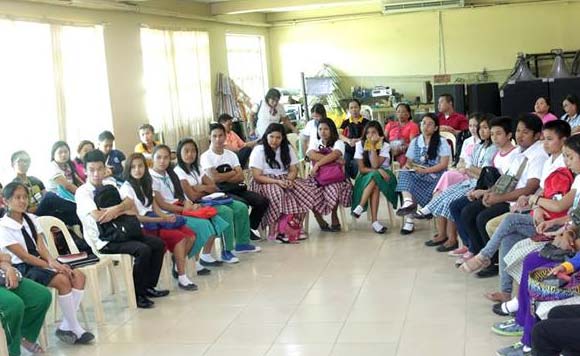 Hundreds of youth in Naga City has gathered last Monday for a public consultation on the inclusion of anti-drug campaign in school curriculum.

“The activity was a part of an approach that seeks to develop an anti-illegal drug abuse program which will be included in the curriculum for public and private Junior and Senior High Schools,” the city government said.

According to city government, last Monday’s gathering was the fourth of a series of public meetings being undertaken collaboration with the Department of Education (DepEd) and other government line agencies along with concerned private entities.

“The 5th public consultation will gather participants from the medical profession,” the city said.

The inclusion of anti-drug campaign in school system is pursuant to the city ordinance 2018-060 that mandates the development of a localized, values-based and holistic anti-illegal drug abuse program and its integration in junior and high school curriculum.

“The measure seeks to address the growing concern on the proliferation of illegal drugs and their cumulative effects, especially on young individuals, by way of enhancing the curriculum for the secondary education in the city,” said the city government.

“Mayor John G. Bongat lauded the enactment of the ordinance by the Sangguniang Panlungsod, saying that the measure is so great that other LGUs could benefit from learning about it,” it added.