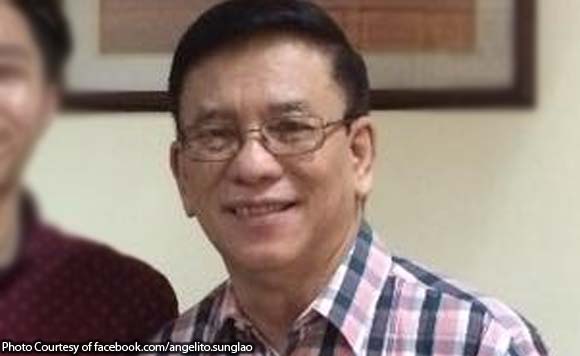 MANILA — The Sandiganbayan has sentenced three former provincial officials of Palawan to 20 years of imprisonment each after finding them guilty of two counts of estafa through falsification of public documents.

The Sandiganbayan sentenced them, for each count of graft, to suffer the penalty of four years, two months and one day to 10 years and one day, and for each to pay a total fine of P60,000.

However, their co-accused, former provincial accountant Orlando R. Colobong and former provincial treasurer Teofilo S. Palanca, Jr. were acquitted for failure of the prosecution to prove their guilt beyond reasonable doubt of the same charges.

The anti-graft court ruled that there is no more civil liability to be assessed against Ponce de Leon, Salas and Colobong as the disallowed amount worth P214,656.89 has already been returned to the government on June 13, 2007.

It added that there is no civil liability to be assessed against Grande, Colobong, Palanca, and Marcaida as the act or omission from which the civil liability might arise did not exist.

The bail bonds posted by Grande, Colobong, Palanca and Marcaida for their temporary liberty, respectively, were ordered released.

The Sandiganbayan lifted and set aside the hold departure order it issued on Aug. 1, 2011 against Colobong, Palanca and Marcaida.

It also set aside and declared “functus officio”, or of no further legal effect, the order issued by the Bureau of Immigration incorporating the names of the said three accused in the hold departure list.

The Office of the Ombudsman charged Ponce de Leon, Grande, Palanca, Colobong, Marcaida and Salas of estafa through falsification of public document for allegedly conspiring with one another and defrauded the Palawan provincial government of P10,000 by altering the amount in the official receipt (OR) dated July 29, 2002 issued by Badjao Sea Front for payment of meals and snacks, and made it appear that P12,975.50 was paid instead of P2,975.50, to the damage of the Palawan provincial government.

They were also charged with estafa through falsification of public document for allegedly conspiring with one another and defrauded the Palawan provincial government of P204,656.89, by altering the amount in the OR dated Dec. 18, 2002 issued by The Legend Hotels International Corporation for payment of meals and snacks, and made it appear that P205,000 was paid, instead of P343.11, to the damage of the Palawan provincial government.

In its ruling, the Sandiganbayan noted that for one to be convicted of the crime of estafa through falsification of public document, defined and penalized under Article 315 in relation to Article 171 (6) of the Revised Penal Code, both the elements of estafa and falsification must be established.

“Accused Grande, Colobong, Palanca, Salas, and Marcaida are charged with accused Ponce de Leon, allegedly for being his co-conspirators in the crime of estafa through falsification of public documents,” it added.

“Conspiracy may be proved by direct or circumstantial evidence. While direct proof of conspiracy is hard to come by, the Courts can resort to circumstantial evidence to prove its existence. For this case, the Court found conspiracy to exist between accused Ponce de Leon, Anita Salas, and only for Criminal Case No. SB-11-CRM-0320 involving the Badjao Receipt, accused Adonis T. Grande,” the Sandiganbayan said.

“The crime committed in these two cases is estafa through falsification of public document. Being a complex crime, Article 48 of the Revised Penal Code requires that the penalty for the most serious crime be imposed in its maximum period,” it added. (PNA)