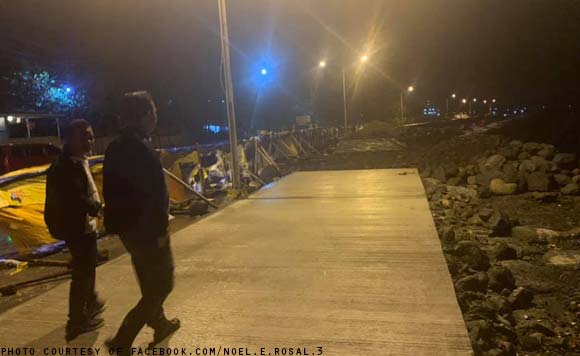 The Bicol region is no stranger to storms and typhoons, and Legazpi Mayor Noel Rosal does not want to be caught flatfooted.

Rosal inspected the seawall at Legazpi boulevard. In a Facebook post, he said the city made sure to strengthen the seawall after it was damaged by previous typhoons.

The area could also serve as a boardwalk for those who want to stroll around, the mayor said.

The project was accomplished with the help of Ako Bicol party list.

The seawall not only protects, it also provides a place for promenaders!