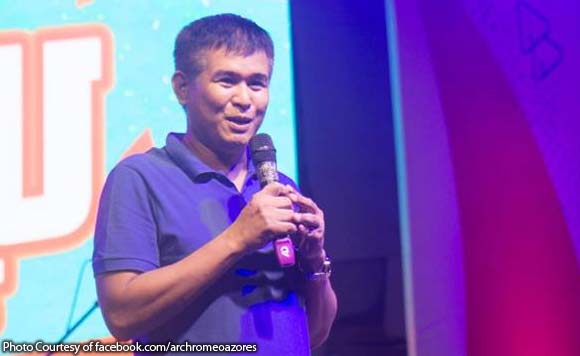 LEGAZPI CITY — With the arrest of Daraga Mayor Carlwyn Baldo for illegal possession of firearms, grenade and ammunition on Tuesday, Vice Mayor Victor Perete will have to assume the former’s post.

But Anthony Nuyda, regional director of the Department of the Interior and Local Government (DILG) in Bicol, said on Wednesday that since Daraga town is now under the control of the Commission on Elections (Comelec), the body will decide whether they could apply the rule of succession in the town.

Nuyda, in an interview on Wednesday, said Perete could take over the mayoral post following the said rule under normal circumstances, but not after Baldo’s arrest to face double murder and multiple frustrated murder charges.

Nuyda said since Daraga town is under Comelec control, “I have to reserve my position then. If Comelec says okay, go ahead with the normal course of succession.”

“We are waiting for the result and recommendation from the Criminal Investigation and Detection Group (CIDG) whether Baldo would be allowed to post bail or not for the guns and explosive found in his house,’’ he said.

If there are no issues against Perete, the DILG would apply the usual succession process, he added.

Nuyda said the Municipal Election Interagency Task Force (MEITF) led by the Comelec will also recommend the necessary measures to be carried out depending on the situation taking place in Daraga.

Meanwhile, Maria Juana Valesa, Comelec regional director, reiterated the commission’s stand that Baldo could continue his candidacy as the Constitution provides that a person is “presumed innocent until proven guilty”

The charges against Baldo are not yet final and executory, therefore he is still qualified to run for mayor, she noted.

The mayoral race in Daraga will be a three-cornered fight between Baldo, Perete and the replacement of Batocabe. (PNA)