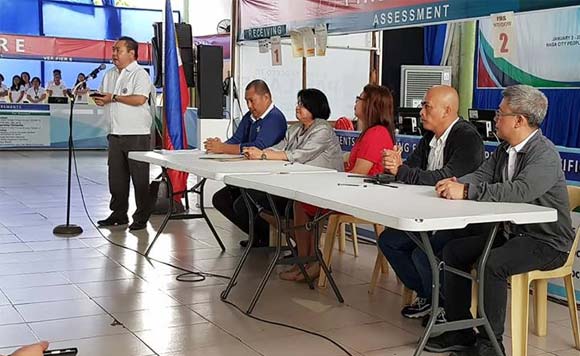 With this agreement, signed during the flag ceremony at the city hall compound, last Monday it is expected to contribute to speedy resolution of cases.

“Mayor John Bongat and MTC Executive Judge Hon. Margaret Armea inked a Memorandum of Agreement recognizing the court’s deputation of selected and trained Barangay Tanods from the 27 barangays of the city to assist in serving summons and subpoenas for cases involving violation of city ordinances such as traffic, vending, smoking, etc.,” the city government said.

“This will expedite and significantly improve the prosecution and resolution of such cases, boosting the enforcement efforts of the City Government,” it added.

“Gen. Trinidad is shown here with fellow Batangueño Hoover S. Picar of the Rotary International, who happened to be in the office for his group (with an international team of doctors) also doing a medical mission at the Naga City Hospital,” it added.