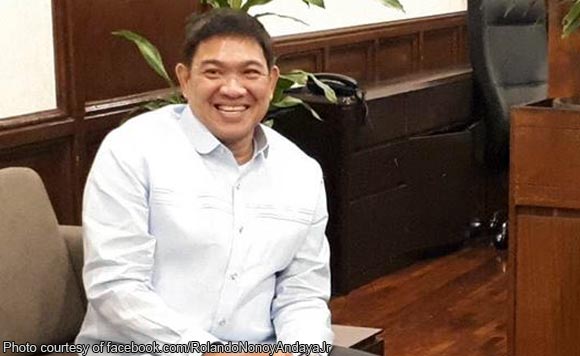 Deputy House Speaker Fredenil Castro on Monday all but confirmed he was poised to take over the position of House Majority Leader Rolando Andaya Jr., saying it was part of a gentleman’s deal between the two of them.

Asked how he felt about the development, Castro said: “Kung mapaglilingkuran ko ang House of Representatives being the Majority Leader, why not?”

The House practically admitted the looming shakeup when he was asked how it came about.

“Well it’s part of the agreement or understanding between two gentlemen,” Castro said.

He said the “gentleman’s agreement” occurred even before Andaya quarreled with Budget Secretary Benjamin Diokno over alleged insertions in the 2019 budget.

Castro said President Rodrigo Duterte had no hand in the House reshuffle.

“Malacañang has nothing to do with this,” he said.