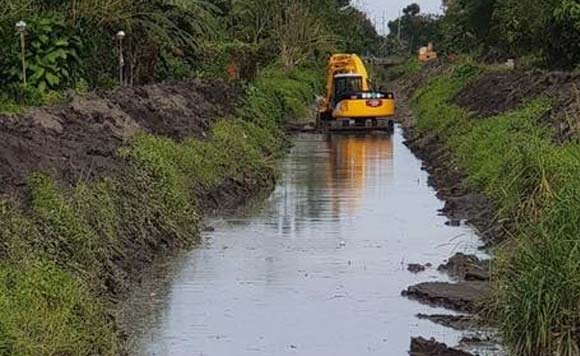 The City Government of Calapan has taken an action to conduct desilting in one of the canals of the National Irrigation Administration (NIA).

Mayor Panaligan said that the city government took the initiative as the canal has been blocked by silt after the onslaught of Tropical Depression Usman.

“Desilting of the irrigation canal of the National Irrigation Administration (NIA) in Bgy. Del Pilar, Naujan being undertaken by the City Engineering and Public Works Department,” said Mayor Panaligan.

“The irrigation canal was blocked by silt after the floods caused by Storm Usman last December,” it added.

Mayor Panaligan said that the said canal is under the responsibility of NIA but they took action anyway as such canal affects around 6,000 hectares of rice fields.

“Better to take action and help in solving problems rather that wait or criticize,” he added.