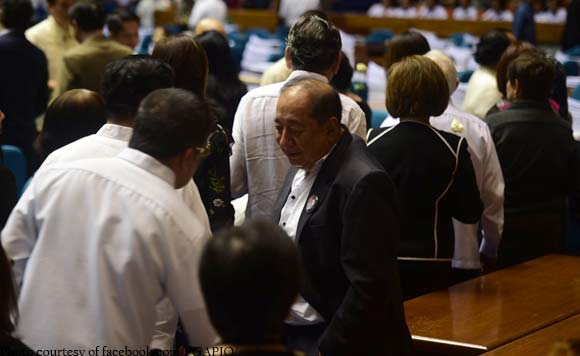 A memorial service was held yesterday at the House of Representatives for the slain solon, which was attended by his immediate family.

“Albay Governor Al Francis Bichara joined his former colleagues at the at House of Representatives in a Memorial Service held in honor of the late Honorable Rodel Marasigan Batocabe,” the provinncial government said.

Bichara also called for the immediate resolution of Batocabe’s assassination.

“Governor Bichara, who served as a representative of the third district of Albay in 1992 to 1995, and again as representative of the 2nd district in 2007 – 2016, shares the sentiments of the family and thousands of Albayanos who calls for immediate resolution to the injustice done to the Batocabe family,” said the provincial government.

Batocabe and his aide SPO2 Orlando Diaz were killed last December 22 while attending a gift-giving event in Daraga, Albay.