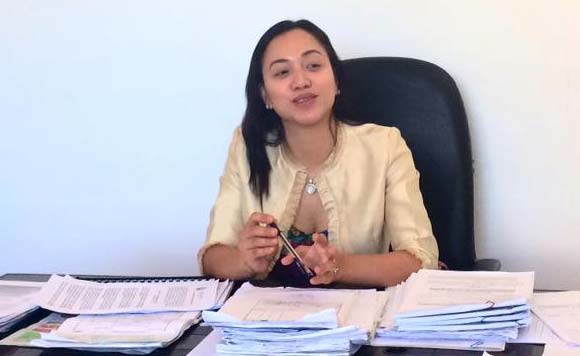 Masbate Vice Governor Kaye Revil expressed her gratitude to those who believe that she deserves a slot at the House of Representatives.

Revil shared that someone messaged her on Facebook throwing support to her congressional bid.

“Someone messaged me & I usually get this- “I may not be from Masbate & a voter there but I believe that you deserve to be in Congress,'” Revil said.

“Thank you to all those who think the same way. Come to think of it, once in Congress, laws & policies I would advocate will not actually just benefit Masbate, but the country as it would be national in its application,” she added.

Revil is a first term vice governor and a lawyer by profession.

“So yes, for those who believe in my leadership & passion for public service despite of your not being from Masbate, thank you,” she said.

“Know that your support is all worth it.”

Revil will be running against incumbent Masbate 2nd district Rep. Olga Kho, wife of the current Governor of the province Antonio Kho.