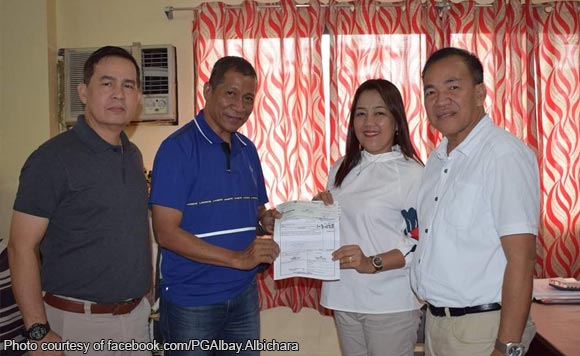 The provinces of Albay and Sorsogon has received a financial aid from Davao City intended for the families who have been affected by tropical depression Usman.

Both provinces, which have been heavily battered by TD Usman, received P1 million each from the City of Davao.

Albay and Sorsogon were both declared under the state of calamity as TD Usman caused flooding and landslide incidents in Bicol Region.