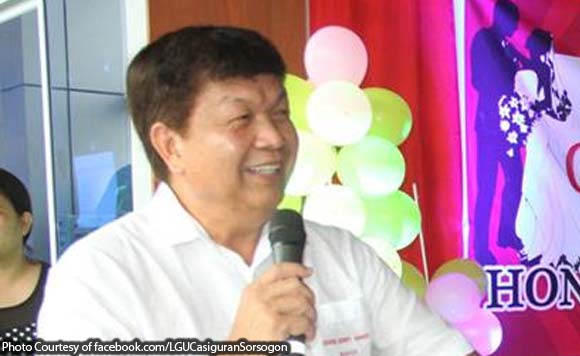 A Bicolano politiko could give President Rodrigo Duterte a run for his money when it comes to creating scandal, based on the anecdotes shared by former senator Francisco “Kit” Tatad.

In his January 7 column for the Manila Times, Tatad shared a few embarrassing and scandalous gestures done by Casiguran, Sorsogon Mayor Edwin Hamor.

Quoting eyewitnesses, Tatad said Hamoro usually asks a “fair-looking teacher” to kiss an attractive guy from the crowd in public gatherings in exchange for P10,000.

“This would be met with pleas for mercy and restraint but the mayor would eventually have his way if the woman is in need,” he said.

If that were not enough to make anyone cringe, Hamor also reportedly asked a gay man during a Bicol “to put on six pairs of multicolored panties and gyrate before the bishops and 500 priests, removing his panties one by one, and throwing them to the crowd.”

“The first pair of panties fell in front of the Apostolic Nuncio and everyone was mortified. But the Mayor did not stop the performance. Neither did he apologize,” Tatad said.

Hamor is in the news because Aremar Construction, a construction company where he is allegedly the biggest shareholder, supposedly cornered billions of pesos worth of projects in the Bicol region. He is related by marriage to Budget Secretary Benjamin Diokno, since his stepson is married to the latter’s daughter.