Medals can earn cash in Tabaco, thanks to Mayor Cielo Lagman Luistro 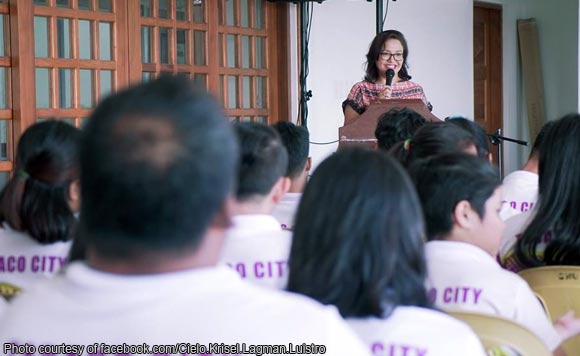 The city government has distributed cash incentives to its athletes and their trainers and coaches who bwon medals at the National Batang Pinoy Championship.

They brought home three gold, give silver, and 12 bronze medals.

In a Facebook post, Luistro said Tabaco’s athletes and students would always get support from the city government and said she hopes the incentive program would encourage them to persevere and excel.

“The City Government of Tabaco through the Committee Chairman on Education, Councilor John Gio Bongao distributed cash incentives to athletes, trainers and coaches that have brought home medals during the National Batang Pinoy Championship.

LGU Tabaco assures that we will provide unabated support to students and athletes through this program in the hopes of emboldening others to persevere and emulate this achievement,” Luistro posted.