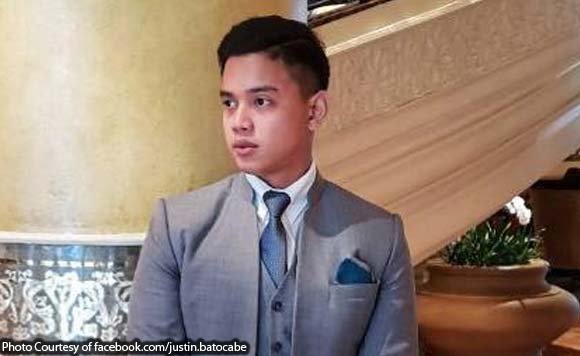 Ako Bicol party-list is considering the son of its slain congressional representative, Rodel Batocabe, to serve his unexpired term in Congress.

In an interview aired Monday (January 7) over CNN Philippines’ “The Source,” Ako Bicol party-list Rep. Alfredo Garbin said Justin Batocabe could take the place of his father because there are issues affecting the fourth and fifth nominees of the party-list.

Under the law, a party-list lawmaker could be replaced by another nominee in case he dies or is ousted by the group.

In Ako Bicol’s case, Garbin explained that the fourth nominee is disqualified from succeeding Batocabe because he transferred to another group. The fifth nominee, meanwhile, is busy with his law practice.

Garbin said among the requirements that Ako Bicol needs to consider in fielding Justin as the nominee are a letter to the Commission on Elections about the substitution, and a certification from the party-list’s board.

‘We are still considering po! Considering that we have to comply with the provisions of party list,” he said.