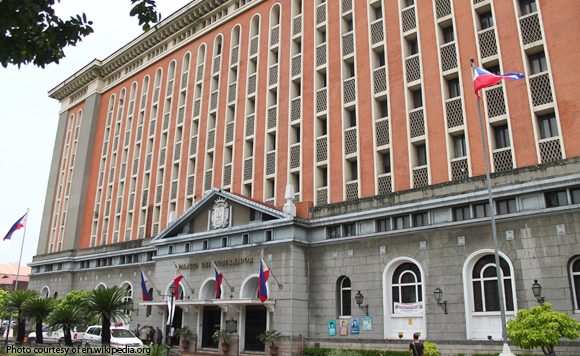 0 666
Share
Want more POLITIKO News? Get the latest newsfeed here. We publish dozens and dozens of politics-only news stories every hour. Click here to get to know more about your politiko - from trivial to crucial. it's our commitment to tell their stories. We follow your favorite POLITIKO like they are rockstars. If you are the politiko, always remember, your side is always our story. Read more. Find out more. Get the latest news here before it spreads on social media. Follow and bookmark this link. https://goo.gl/SvY8Kr

An official of the Commission on Elections (Comelec) is hoping that the Commission en banc will immediately resolve the case of Daraga, Albay Mayor Carlwyn Baldo.

This after the Lakas-Christian Muslim Democrats (Lakas-CMD) party revoked his Certificate of Nomination and Acceptance (CONA) for his re-election bid in the May 13, 2019 mid-term elections.

Comelec spokesperson James Jimenez said it is important for the seven-man panel of the poll body to resolve the issue since they are preparing for the final printing date of the official ballots for the forthcoming polls.

“We just received the letter over the holiday. We will have an en banc session, I think Wednesday. We hope we will be able to resolve it immediately. It’s very important because we are also coming out with a start date for the printing of ballots,” he said in a press briefing on Monday.

“So, there’s that added pressure that we want to get the list of names to appear on the ballot as cleaned up as possible which includes indications of whether a candidate is actually running or not. Hopefully, maihabol natin ‘yun (we will include all that in time),” Jimenez added.

The Comelec is looking to start the printing on the third week of January.

He, however, said the incumbent Daraga mayor has to be informed of the decision of his political party.

“Under the rules, withdrawal of the CONA must be with the consent of the individual so we have to get his take on this,” Jimenez said.

On the other hand, Jimenez is not discounting the possibility that Baldo might end up as an independent candidate.

He added that there are pros and cons in being an independent bet, including a higher spending limit per voter.

“Of course, there would be issues regarding replacement or substitute because individuals with no party or are not running under a CONA or with a party are not eligible for substitute. I think that will be a serious development in anyone’s candidacy,” he added.

On Sunday, the Lakas-CMD revoked the CONA it issued to Baldo as its official candidate for the position of mayor of Daraga in the May polls.

Baldo has been tagged as the alleged mastermind in the killing of Ako Bicol party-list Rep. Rodel Batocabe, who is also running for the mayoralty post. (PNA)