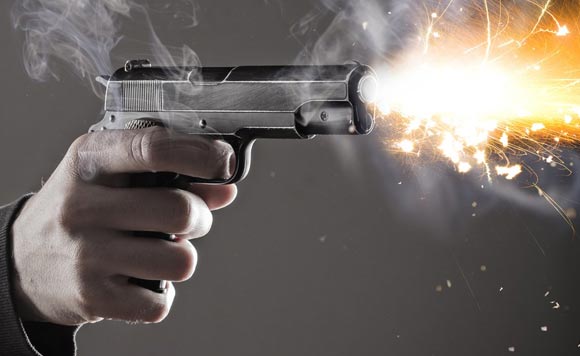 0 1,097
Share
Want more POLITIKO News? Get the latest newsfeed here. We publish dozens and dozens of politics-only news stories every hour. Click here to get to know more about your politiko - from trivial to crucial. it's our commitment to tell their stories. We follow your favorite POLITIKO like they are rockstars. If you are the politiko, always remember, your side is always our story. Read more. Find out more. Get the latest news here before it spreads on social media. Follow and bookmark this link. https://goo.gl/SvY8Kr

Albayalde noted that only one among the seven indicted suspects has yet to surrender, Mayor Carlwyn Baldo, tagged as the mastermind who allegedly contracted the services of the gunmen in September 2018 to assassinate Batocabe.

“So, we are now confident na totoo ang sinasabi nito [Yuson] (that what he is saying is true) and that will now boost our case,” Albayalde told reporters during a press conference.

He said police investigators recovered 11 spent shells and five slugs from the crime scene which all matched Yuson’s gun.

When Yuson surrendered to authorities Thursday, he said he served as the main gunman and used a cal. 40 pistol which he dismantled and disposed of in the river after the incident.

Police investigators said they are only awaiting the extrajudicial statement of the two other suspects to be finished before they can include the statement of all the suspects in charges which they filed before the Albay prosecutors office.

They will also prepare for the filing of appropriate charges against Baldo before the Office of the Ombudsman as instructed by Interior and Local Government Secretary Eduardo Año.

Batocabe was supposed to run for mayor of Daraga in this year’s mid-term elections. (PNA)