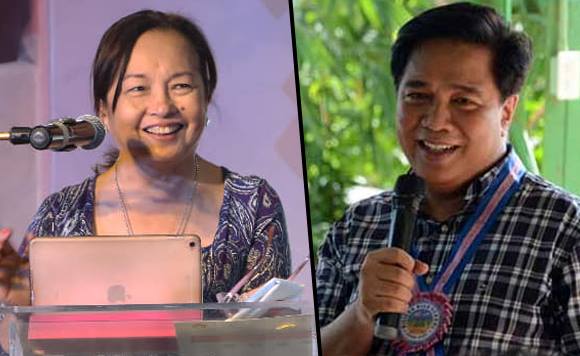 0 668
Share
Want more POLITIKO News? Get the latest newsfeed here. We publish dozens and dozens of politics-only news stories every hour. Click here to get to know more about your politiko - from trivial to crucial. it's our commitment to tell their stories. We follow your favorite POLITIKO like they are rockstars. If you are the politiko, always remember, your side is always our story. Read more. Find out more. Get the latest news here before it spreads on social media. Follow and bookmark this link. https://goo.gl/SvY8Kr

House Speaker Gloria Macapagal-Arroyo has lauded the Philippine National Police for the swift resolution of the assassination of Ako Bicol partylist Rep. Rodel Batocabe and his aide.

Batocabe and his escort SPO1 Orlando Diaz were ambushed last December 22 in Daraga, Albay while attending a gift-giving event for senior citizens and persons with disabilities.

“I would like to commend the PNP for solving the murder of our colleague, Ako Bicol Rep. Rodel Batocabe and his police escort SPO1 Orlando Diaz,” Arroyo said.

“The House of Representatives deeply appreciates the dedication and hard work our police force have put in to go after the perpetrators of the despicable act in such a short time,” she added.

The former president also hailed the bravery of the police wjo often risk their lives in the name of their duty.

“The House of Representatives also appreciates the bravery and loyalty of those in their ranks who are called upon to perform vital escort and security functions, often at the risk of their lives,” she said.

Batocabe was serving his last term as congressman. He was running for Daraga mayor.

“Now that the mastermind and all his co-conspirators have been identified, our law enforcement agencies must ensure that they be prosecuted to the fullest extent of the law. There should be no let up and stone left unturned until justice is served,” said Arroyo.