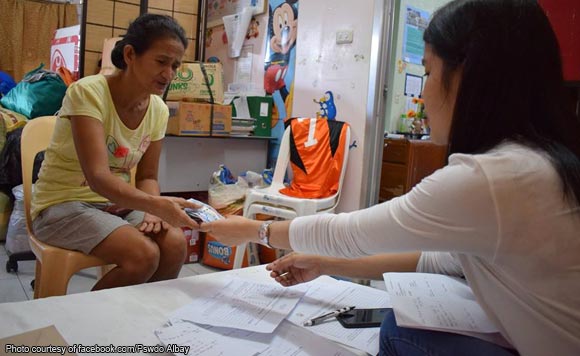 The Provincial Social Welfare and Development office spearheaded the distribution of the said assistance.

“15 affected families of LGU Tiwi received burial assistance worth Php 10,000.00 each from the Provincial Government of Albay headed by Hon. Al Francis Bichara through PSWDO today at the MSWD Office, Tiwi Albay,” the office said.

The province of Albay has been declared under state of calamity as TD Usman caused flooding and landslide incidents in Bicol Region.

Meanwhile, Governor Al Francis Bichara together with the PSWDO staff also distributed relief aid to the victims of tropical depression.

They distributed 95 sacks of rice and 720 pcs of bottled water to LGU Tiwi and conducted meeting with MDRRMC and Barangay Officals regarding the recovery measures to accomplish in response to the onslaught of TD Usman.

“The Governor also visited the affected families specially those who have loss their loved ones due to the hazards brought by the Tropical depression,” the PSWDO said.

“The affected families, through PSWDO has been assured by the Governor, of financial assistance and various support from the Provincial Government of Albay,” it added.