Legazpi Mayor Noel Rosal gets inspiring visit on his bday 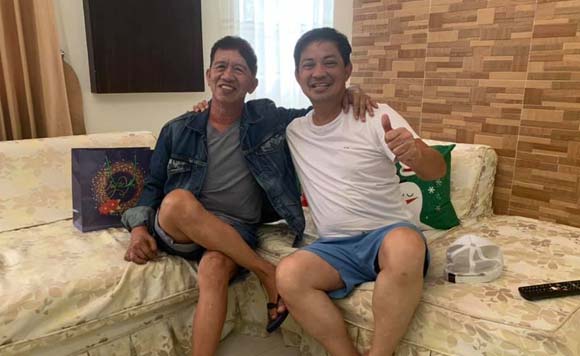 For his birthday, Legazpi City Mayor Noel Rosal got more than a birthday greeting from a friend, he also got the gift of inspiration.

In a Facebook post, Rosal share that former councilor Celoy Chan paid him a surprise visit and was the first to greet him on his birthday.

But he was also touched at seeing how Celoy had recovered and moved on from his stroke.

He said his friend is an inspiring example of someone who is able to move on and recover from the setbacks in life, and Legazpi City will be the same.

Legazpi had a good and productive 2018, and it will always bounce back from obstacles, he said.

He called on his constituents to continue holding on, because the city will not be brought down!

“Just Now…..A surprise visit and 1st greeting for my birthday….former councilor celoy chan …what a man… what “WILL” can really do for us…to recover and face LIFE as it is… .look at him now after a stroke…Godbless you more celoy…..Like Him,we will move on and recover what ever setbacks we had,but 2018 was a very productive and good year for Legazpi city … hold on everyone….Happy new year to all and thanks very much to all the greetings i really appreciated it salamat po,” Rosal posted.