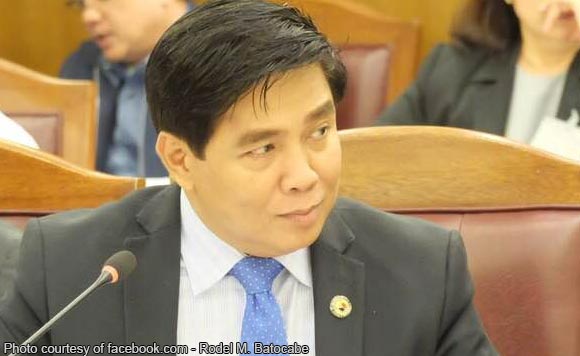 0 1,100
Share
Want more POLITIKO News? Get the latest newsfeed here. We publish dozens and dozens of politics-only news stories every hour. Click here to get to know more about your politiko - from trivial to crucial. it's our commitment to tell their stories. We follow your favorite POLITIKO like they are rockstars. If you are the politiko, always remember, your side is always our story. Read more. Find out more. Get the latest news here before it spreads on social media. Follow and bookmark this link. https://goo.gl/SvY8Kr

Based on the description provided to the police, one of the suspects is aged 30 to 35, stands 5’5″ to 5’6″ and with fair complexion.

The other suspect is aged between 30 and 40 years old, has dark complexion and “facial stretch line marks on his right chin.”

Batocabe was shot dead on December 22 after leading a gift-giving activity in Barangay Burgos, Daraga, Albay. His security aide was also killed in the incident.

Politics is emerging to be the primary motive in Batocabe’s killing as he was reportedly the leading mayoralty candidate in Daraga for the 2019 elections.

Duterte and Batocabe’s friends have raised a P50-million bounty for informants who will lead police to the killer and mastermind of the murder.