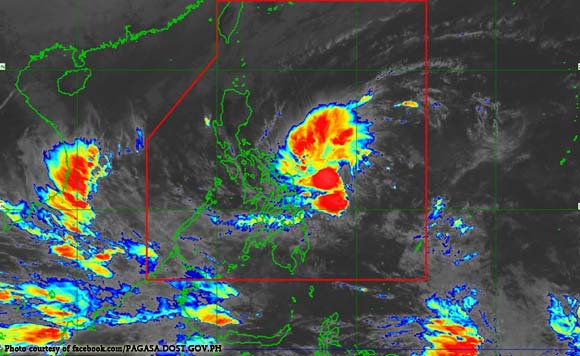 0 876
Share
Want more POLITIKO News? Get the latest newsfeed here. We publish dozens and dozens of politics-only news stories every hour. Click here to get to know more about your politiko - from trivial to crucial. it's our commitment to tell their stories. We follow your favorite POLITIKO like they are rockstars. If you are the politiko, always remember, your side is always our story. Read more. Find out more. Get the latest news here before it spreads on social media. Follow and bookmark this link. https://goo.gl/SvY8Kr

Governor Al Francis Bichara has placed Albay under state of preparedness as the signal no.1 has been raised in the province due to Tropical Depression Usman.

Weather bulletin of PAGASA as of 11 am today today placed Albay Province under Tropical Cyclone Warning Signal No. 1.

“It has a maximum wind of 55 kph near the center and gustiness of up to 65 kph as it moves West at 15 kph, it is expected to affect Albay as it moves closer due to possible enhanced NE monsoon aside from its direct rainfall effects,” Bichara’s advisory read.

Because of this, the Albay Provincial Disaster Risk Reduction and Management Coucil, which Bihcara heafs, ordered the following for public safety:

1. No sailing to all types of seacrafts
2. Reiterating the previously issued advisory.

“The LDRRMCs are hereby directed to execute appropriate counter measures in their respective areas of jurisdiction effective this afternoon for disaster avoidance,” the advisory read.