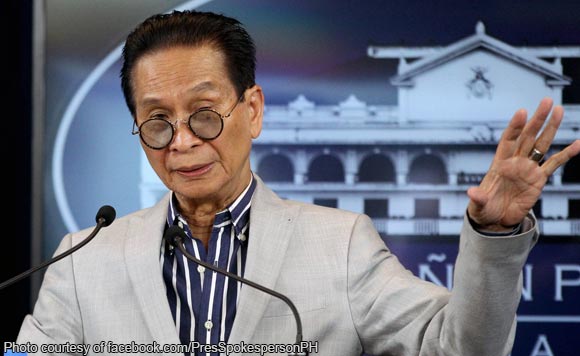 0 1,163
Share
Want more POLITIKO News? Get the latest newsfeed here. We publish dozens and dozens of politics-only news stories every hour. Click here to get to know more about your politiko - from trivial to crucial. it's our commitment to tell their stories. We follow your favorite POLITIKO like they are rockstars. If you are the politiko, always remember, your side is always our story. Read more. Find out more. Get the latest news here before it spreads on social media. Follow and bookmark this link. https://goo.gl/SvY8Kr

“We denounce the senseless killing of Ako Bicol Rep. Rodel Batocabe in Albay,” spokesperson Salvador Panelo said in a statement.

The two were taken to hospital but were pronounced dead on arrival.

“Proper authorities are now investigating this brazen murder as we vow to leave no stone unturned in bringing the perpetrators of this felonious act to justice,” according to Panelo.

The official said Malacañang also extended its sincere condolences to Batocabe’s bereaved family, his loved ones, and his friends and colleagues in Congress.

Batocabe was serving his last term as a congressman and was running for mayor of Daraga in next year’s polls.