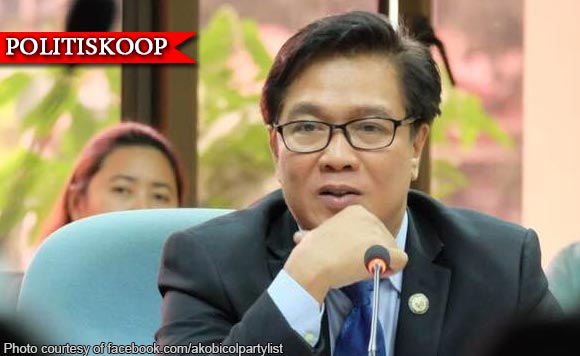 0 1,005
Share
Want more POLITIKO News? Get the latest newsfeed here. We publish dozens and dozens of politics-only news stories every hour. Click here to get to know more about your politiko - from trivial to crucial. it's our commitment to tell their stories. We follow your favorite POLITIKO like they are rockstars. If you are the politiko, always remember, your side is always our story. Read more. Find out more. Get the latest news here before it spreads on social media. Follow and bookmark this link. https://goo.gl/SvY8Kr

Politikos from the House of Representatives and Bicol region are banding together to help solve the grisly murder of Ako Bicol party-list Rep. Rodel Batocabe.

Politiko learned that Batocabe’s friends have pooled at least P30 million as a reward for informants who will lead police to the arrest of his killers and the mastermind.

Of this amount, P15 million came from Ako Bicol party-list while various lawmakers have pledged a total of P12 million.

Albay governor Al Francis Bichara is also offering a P3 million reward for the arrest of Batocabe’s killers and the mastermind.

Batocabe was running for mayor of Daraga. The latest survey held in the town showed he was leading the race ahead of incumbent town mayor Carlwyn Baldo and vice mayor Victor Perete.

Following Batocabe’s death, Politiko learned that several government officials in Albay are calling for the removal of the Daraga police chief. They also want the Philippine National Police to step up efforts in disarming armed goons guarding certain politikos, as well as be aggressive in going after those involved in illegal fishing, gambling and drugs.