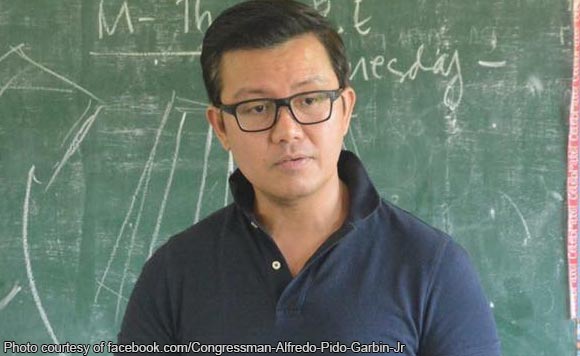 0 953
Share
Want more POLITIKO News? Get the latest newsfeed here. We publish dozens and dozens of politics-only news stories every hour. Click here to get to know more about your politiko - from trivial to crucial. it's our commitment to tell their stories. We follow your favorite POLITIKO like they are rockstars. If you are the politiko, always remember, your side is always our story. Read more. Find out more. Get the latest news here before it spreads on social media. Follow and bookmark this link. https://goo.gl/SvY8Kr

According to a police report, the robbery occurred at around 9:35 a.m. at Garbin’s residence in Legazpi City, Albay. The robber entered Garbin’s residence through the awning-type window of a comfort room located on the second floor.

Stolen from Garbin was a bag containing cash and checks amounting t around P500,000, a Rolex wristwatch and two Patek Philippe timepieces.

At the time of the robbery, Garbin was at the Legazpi airport to meet House Speaker Gloria Macapagal Arroyo, who flew in to attend Batocabe’s wake.

Batocabe was killed Saturday (December 22) when he was shot eight times by an unidentified gunman after a gift-giving activity in Barangay Burgos, Daraga, Albay. His bodyguard was also killed in the incident.