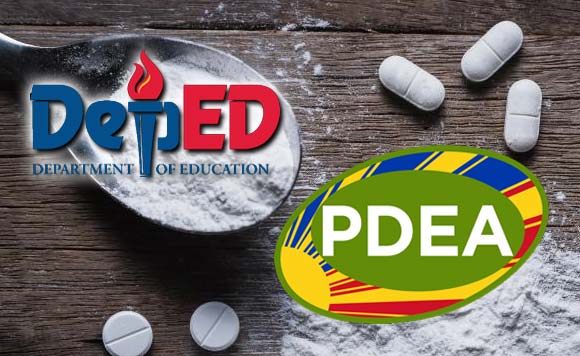 0 535
Share
Want more POLITIKO News? Get the latest newsfeed here. We publish dozens and dozens of politics-only news stories every hour. Click here to get to know more about your politiko - from trivial to crucial. it's our commitment to tell their stories. We follow your favorite POLITIKO like they are rockstars. If you are the politiko, always remember, your side is always our story. Read more. Find out more. Get the latest news here before it spreads on social media. Follow and bookmark this link. https://goo.gl/SvY8Kr

The City Government of Naga will conduct series of consultation on the proposal to integrate the anti-drug program to junior and senior high school curricula.

According to the city government, expected to attend are the representatives of various groups that pledged their commitment to the proposal.

The councilor said that they manifested their willingness to help the city government and the Department of Education to come up with learning modules for the anti-illegal drug abuse program curriculum.

“The initiative is being pursued under city ordinance 2018-060 that mandates the development and integration of a localized, values-based and holistic anti-illegal drug abuse curriculum for the high school level,” the city government said.

“The measure seeks to address the growing concern about the proliferation of illegal drugs and their cumulative effects, especially on young individuals,” it added.

Del Rosario said that the program will teach the students the ill effects of drugs.

“It will boost the efforts being undertaken by the DepEd, the Philippine National Police and the Philippine Drug Enforcement Agency (PDEA) to herd young individuals away from the menace of society,” he was quoted as saying.