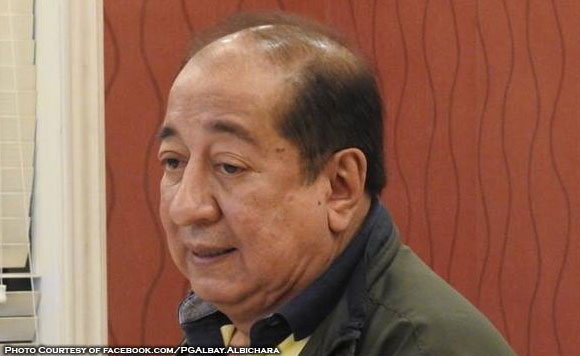 0 862
Share
Want more POLITIKO News? Get the latest newsfeed here. We publish dozens and dozens of politics-only news stories every hour. Click here to get to know more about your politiko - from trivial to crucial. it's our commitment to tell their stories. We follow your favorite POLITIKO like they are rockstars. If you are the politiko, always remember, your side is always our story. Read more. Find out more. Get the latest news here before it spreads on social media. Follow and bookmark this link. https://goo.gl/SvY8Kr

The Albay Capitol has recognized this year’s Outstanding Communal Vegetable Garden and Cleanest and Greenest Municipality.

The award was spearheaded by the Provincial Government of Albay, through the Department of Agriculture and Albay Provincial Agricultural Office.

Governor Al Francis Bichara welcomed Senator Cynthia Villar as the guest of honor for the event.

Bichara also hailed all the persons involved in the success of the Season 2 Albay Family-Based Food Production Program (AFBFPP), including Provincial Agriculturist Cheryll Rebeta and all other municipal agriculturists.

The governor noted that the program is “proven effective” as it encourages other provinces to do the same and that he believes that the AFBFPP can be a program that will be implemented province wide.