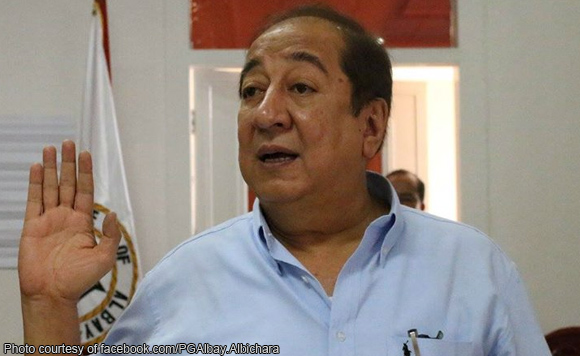 0 682
Share
Want more POLITIKO News? Get the latest newsfeed here. We publish dozens and dozens of politics-only news stories every hour. Click here to get to know more about your politiko - from trivial to crucial. it's our commitment to tell their stories. We follow your favorite POLITIKO like they are rockstars. If you are the politiko, always remember, your side is always our story. Read more. Find out more. Get the latest news here before it spreads on social media. Follow and bookmark this link. https://goo.gl/SvY8Kr

Last December 5, the Provincial Government of Albay through the Provincial Social Welfare Development Office organized a year end general assembly to all the PWDs in the province at the Albay Astrodome.

CHe also said that he will pass it first thing in January next year. This is to address the needs of the PWDs,” said the provincial government.

Bichara said that the provincial government will provide TV sets on every PWD office and communication tool for the blind.

The governor also offered the training programs available at the Albay Farmers Bounty Village, according to the provincial government.

“He advised Eva Grageda, OIC of PSWDO, to conduct an educational tour for them to learn and make a living with the trainings they will receive,” said the province.

“This is to help themselves and not be dependent on the government, but Governor Al Francis Bichara assured that the Provincial Government of Albay will continue to extend their services to them,” it added.

Meanwhile, Ralph Andes, Board Member and Chairman on Senior Citizens and Persons with Disability and Eva Ribaya, Committee on Women and Children Development warmly welcomed the participants during the event.