UP fight! Tabaco Councilor Sheina Onrubia gets senti over UP, thanks it for helping her achieve success 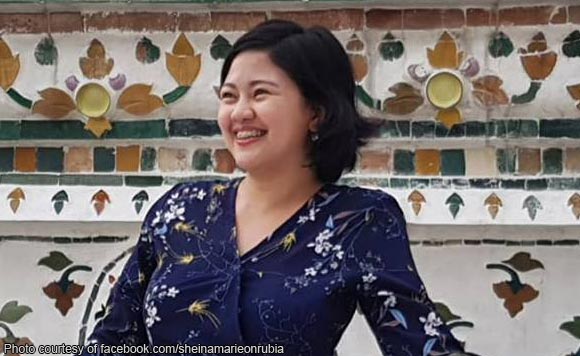 Onrubia is filled with school pride after the University of the Philippines’ men’s basketball team made it to the finals after a 32-year drought.

She also thanked UP for molding her into what she is now after she received notice that she was included in the World’s 100 Most Influential Young People in Government 2018.

She feels humbled and grateful, she said, and added that she will always remember that it was UP who shaped her consciousness and love for country.

Onrubia is one proud Iska!

I feel like singing UP Naming Mahal now more than ever! For one, UP advanced to the Finals today. Congrats, UP Fighting Maroons Men’s Basketball Team! 🎉 Also tonight, I received an email citing me here in this inaugural list. So humbled and grateful! Lagi kong aalalahanin ang Unibersidad ng Pilipinas na tumulong sa paghubog ng aking kamalayan at pag-ibig sa bayan. Salamat, UP!

Continue Reading
100 Most Influential Young People in Government 2018Councilor Sheina OnrubiaTabacoUniversity of the PhilippinesUP Naming Mahal
0
Share
Politiko would love to hear your views on this...
Trending News
More Stories