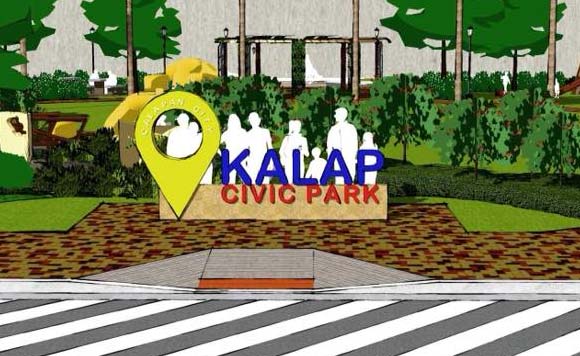 0 830
Share
Want more POLITIKO News? Get the latest newsfeed here. We publish dozens and dozens of politics-only news stories every hour. Click here to get to know more about your politiko - from trivial to crucial. it's our commitment to tell their stories. We follow your favorite POLITIKO like they are rockstars. If you are the politiko, always remember, your side is always our story. Read more. Find out more. Get the latest news here before it spreads on social media. Follow and bookmark this link. https://goo.gl/SvY8Kr

The project will be funded by the Department of Budget and Management’s Green Green Green Public and Open Space Program.

Not only will the park be a new promenade for the people of Calapan, it will also be home to native trees such as molave, narra, banaba, katmon, and kalantas.

Native plants will also bloom there, including sampaguita, gumamela, kamuning, and tsaang gubat.

Not only will the park be a new place to chill, relax, and gather, it will be something that will showcase and propagate the country’s native flora!

“City Project – Soon to rise in 2019 at the City Hall Complex, the KALAP CIVIC PARK, a new park and plaza for the people. Funded by the Department of Budget and Management under its Green Green Green Public and Open Space Program. Only native trees will be planted at KALAP CIVIC PARK such as molave, narra, banaba, katmon, kalantas and other native species. Native shrubs will be planted such as sampaguita, gumamela, kamuning, tsaang gubat and other native plants. A new park and plaza that the people of Calapan City can be proud of!” the mayor posted on Facebook.