VG Revil aims to ‘cure’ the ills of Masbate province 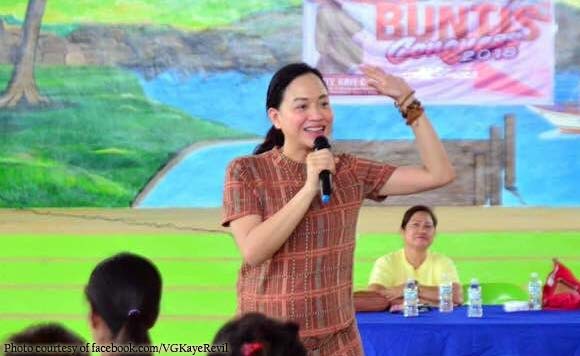 0 570
Share
Want more POLITIKO News? Get the latest newsfeed here. We publish dozens and dozens of politics-only news stories every hour. Click here to get to know more about your politiko - from trivial to crucial. it's our commitment to tell their stories. We follow your favorite POLITIKO like they are rockstars. If you are the politiko, always remember, your side is always our story. Read more. Find out more. Get the latest news here before it spreads on social media. Follow and bookmark this link. https://goo.gl/SvY8Kr

She’a not a doctor by profession but Masbate Vice Governor Kaye Revil wants to “cure” the ailments of the province.

Revil said that she aims to end poverty in Masbate, which is one of the top ills of her beloved province.

“Some media-men came to our Buntis CONGRESS & asked how come I do this stuff when I’m not even a doctor. Well, I am a PURE MASBATEÑA, I feel & love my province,” said the Vice Governor.

“I want to lead in curing its ills & banes- top of the list being poverty,” she added.

Revil is currently pregnant foe her fifth child but that does not stop her from delivering services for Masbateños.

The Vice Governor just kicked off her Buntis Congress and Caravan to help her other pregnant women.

“I am here as a voice to empower & enlighten the mothers that beyond their physical health while pregnant would be the responsibility of raising abled & enabled citizens,” she said.

“This would be made possible if leaders have a clear vision & will work ever so PASSIONATELY for a PEACEFUL & PROGRESSIVE society so its constituents can enjoy the VERY GOOD quality of life they deserve,” she added.

Revil is a first-term Vice Governor. She filed her candidacy for 2019 polls as representative of Masbate’s second district.