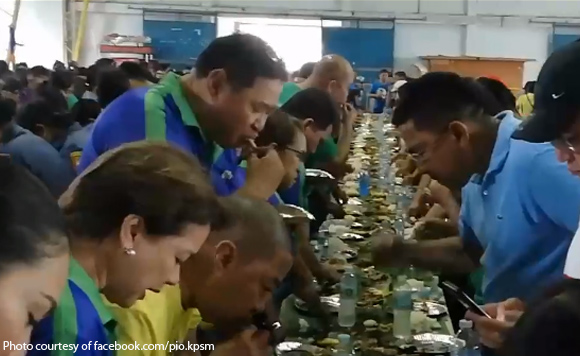 The officials had a boodle fight, which has been their practice annually since Governor Alfonso Umali, Jr. took office.

Aside from Gov. Umali, present during the boodle fight were Vice Gov. Bonz Dolor, 2nd District Rep. Rey Umali, Board Members of Sangguniang Panlalawigan, PH Army, and the PNP.

Also in attendancw were officials and employees of provincial government, National Agencies, students from various schools and other concerned groups.

Meanwhile, the province also slated various activities for the founding anniversary celebration such as “Interschool Food and Innovation Festival.”