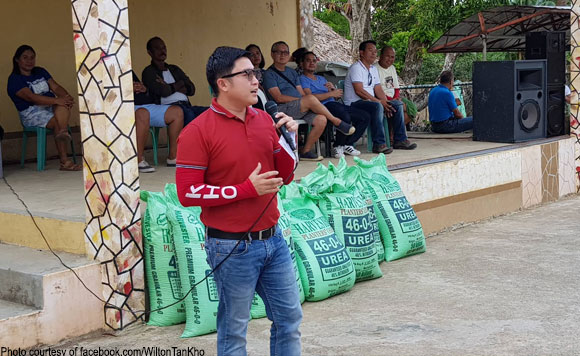 To ensure this, Kho made sure the farmers of the municipality of Dimasalang in Masbate’s third district were provided fertilizer to help them get a bountiful harvest.

This is part of the provincial government’s commitment to support food security and increase farm production.

Let’s hope for a bountiful harvest for Masbate farmers!

Facilitating in the distribution of fertilizers to the farmers in the Municipality of Dimasalang, keeping our commitment to support food security and increase farm production in the 3rd District of Masbate!

Thank you so much Vice Mayor Michael Demph Naga, Dr. Wilfredo Lim and to all baranggay officials for your support!