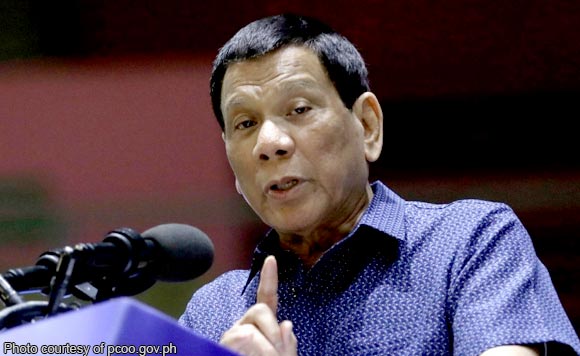 0 895
Share
Want more POLITIKO News? Get the latest newsfeed here. We publish dozens and dozens of politics-only news stories every hour. Click here to get to know more about your politiko - from trivial to crucial. it's our commitment to tell their stories. We follow your favorite POLITIKO like they are rockstars. If you are the politiko, always remember, your side is always our story. Read more. Find out more. Get the latest news here before it spreads on social media. Follow and bookmark this link. https://goo.gl/SvY8Kr

President Rodrigo Duterte believes he didn’t see a pretty woman the first time he was in Palawan as Chief Executive because there were power interruptions.

Duterte joked about the power crisis faced by Palawan Saturday (November 10) as he gave officials an ultimatum of up to the year’s end to solve it.

In a speech in Puerto Princesa, Duterte joked that the “scenery” in Palawan was always changing.

Turning serious, Duterte warned local officials that he would allow businessmen to manage the province’s power industry if the blackouts– which supposedly last for as long as eight hours– persist in 2019.