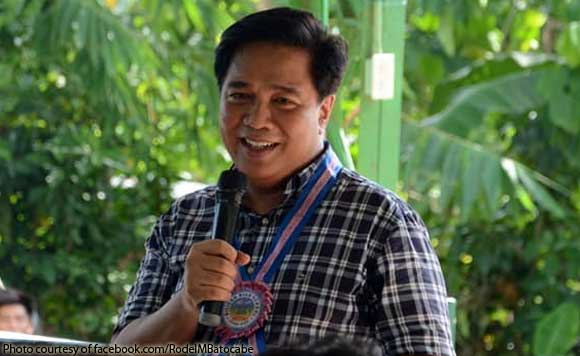 0 1,459
Share
Want more POLITIKO News? Get the latest newsfeed here. We publish dozens and dozens of politics-only news stories every hour. Click here to get to know more about your politiko - from trivial to crucial. it's our commitment to tell their stories. We follow your favorite POLITIKO like they are rockstars. If you are the politiko, always remember, your side is always our story. Read more. Find out more. Get the latest news here before it spreads on social media. Follow and bookmark this link. https://goo.gl/SvY8Kr

Ako Bicol Rep. Rodel Batocabe highlighted the achievements of the Party List Coalition under his leadership as its president.

Batocabe said that he just had his last official travel with the members of Party List Coalition as its president.

“Today is the last day of the Pary List Coalition‘s official trip to South Korea. And suddenly, I realized that this is also my last travel with them as their President,” Batocabe said.

“I am extremely proud of our members who are one of the most conscientious, diligent and hardworking members of the 17 th Congress,” he said.

Batocabe said that for the first time, a party-list solon, Sharon Garin of AAMBIS-OWA, was elected House Deputy Speaker.

The solon urged his members to consolidate their gains and always think of the common good.

“I enjoined them to strenghten our ranks and though we have our own respective interests, we should always think of the common good,” said Batocabe.

“I advice them to consolidate our gains and further strengthen our group if only to maintain, if not, improve on what we achieved. Ironically, come election time, we will be political foes!”