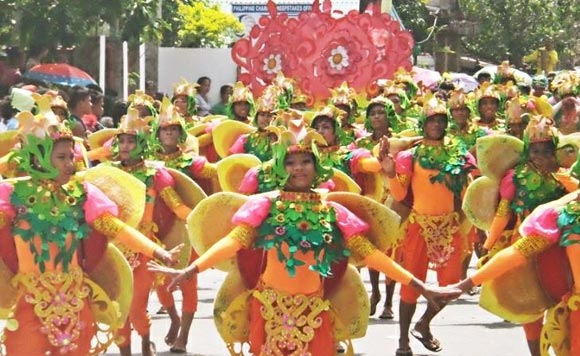 0 1,009
Share
Want more POLITIKO News? Get the latest newsfeed here. We publish dozens and dozens of politics-only news stories every hour. Click here to get to know more about your politiko - from trivial to crucial. it's our commitment to tell their stories. We follow your favorite POLITIKO like they are rockstars. If you are the politiko, always remember, your side is always our story. Read more. Find out more. Get the latest news here before it spreads on social media. Follow and bookmark this link. https://goo.gl/SvY8Kr

The Province of Catanduanes has culminated the 73rd Catandungan Festival with a Parade of Faith, featuring the patron saints of various towns.

The Parade of Faith (Parada nin mga Patron) was held last October 26, starting from Plaza Rizal to the Capitol Grounds.

The procession commenced after the thanksgiving mass officiated by Rev. Fr. Randulfo de Quiros at the Virac Cathedral,

“Bureau of Fire Protection (BFP) and Catanduanes Provincial Police Office (CATPPO) officers participated in pulling the “karo” of Our Blessed Mother of La Naval and members of Knights of Columbus served as its Guardia de Honor,” the provincial government said.

Our Blessed Mother of La Naval as well as other patron saints of different towns were paraded.

Governor Joseph C. Cua, Vice Governor Shirley A. Abundo and Provincial Administrator Lemuel P. Surtida carried the Lady of La Naval for its enthronement from the Capitol Lobby to the altar, said the province.

“Adding color to the socio-cultural activity was a three-minute fireworks display. Prayers for gratitude, forgiveness and guidance were also recited during the event,” it added.