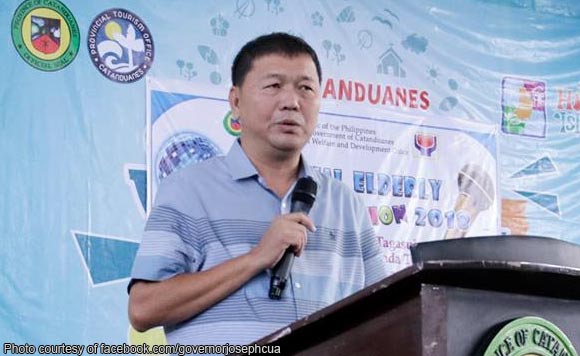 Catanduanes Governor Joseph Cua has received positive feedbacks from other government officials for his recent State of the Province Address (SOPA).

Panganiban Sangguniang Bayan (SB) Councilor Eduardo C. Cabrera said that the SOPA of the governor was really “substantial” as it covers programs for everyone.

He also lauded Cua and his administration for implementation of the various programs of the provincial government.

Meanwhile, Provincial Board Member and Sangguniang Kabataan Federation President Camille Qua said that she’a thankful for the support of the governor for the youth sector.

Moreover, SB Councilor Cabrera expressed gratitude for the support extended by the provincial government especially infrastructure projects such as the construction of breakwater and drainage system, and the construction of irrigation system to facilitate the planting system of marginalized farmers in Panganiban

For his part, Bato Vice Mayor Roy Regalado thanked the governor for his support to municipality’s infrastructure, agriculture and tourism industry.

“He said that the road concreting from Buenavista to Cagraray, the assistance to the abaca farmers, and the continued promotion of tourism greatly contributed to the progress of Bato,” the provincial government said.

The SOPA was held at the Catanduanes Convention Center last October 26, coinciding with the last day of the Catandungan Festival.