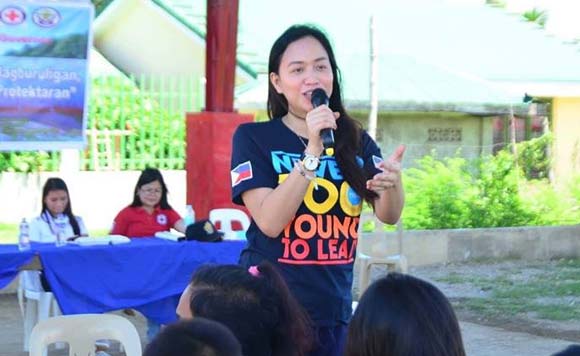 0 458
Share
Want more POLITIKO News? Get the latest newsfeed here. We publish dozens and dozens of politics-only news stories every hour. Click here to get to know more about your politiko - from trivial to crucial. it's our commitment to tell their stories. We follow your favorite POLITIKO like they are rockstars. If you are the politiko, always remember, your side is always our story. Read more. Find out more. Get the latest news here before it spreads on social media. Follow and bookmark this link. https://goo.gl/SvY8Kr

Revil, who is 7 months pregnant for her fifth child, said that the journey to motherhood needs to be captured.

The dates of Buntis Caravan are as follows:

“Because the journey to motherhood deserves to be beautifully captured,” said Revil.

“Allow your VG Kaye Revil to treat the pregnant Masbateñas to a make-over + photoshoot session as preliminaries to our upcoming Buntis Congress!!!,” she said.

“Please inform those you know of these schedules. Our team will be there to celebrate motherhood with you & at the same time take it with our beautiful tourist spots in Masbate as background.”

The Vice Governor said that venues will be finalized “soon.”