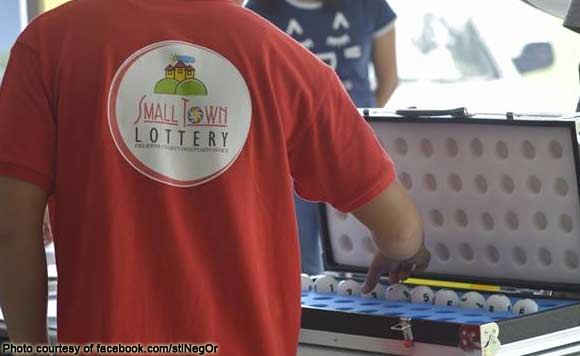 Philippine Charity Sweepstakes Office (PCSO) Chairperson Alexander Balutan on Thursday warned politikos who were either involved in or coddling jueteng operations within their respective localities of possible legal and administrative sanctions.

During the “Sama Samang Talakayan at Linawan” in Legazpi City, Balutan he would coordinate with the Department of Interior and Local Government (DILG) and the Philippine National Police (PNP) on this issue as he threatened to submit the names of local officials involved in illegal gambling activities.

“This serves as a warning for them to stop or else we will be submitting this list to the DILG and the police for appropriate action,” Balutan added.

He said they should just support the Small-Town Lottery and stop
illegal numbers games that were affecting the PCSO legal and
charitable games.

“Jueteng are sources of funds that politicians use to buy votes and
money for their campaign sorties and they are using dummies to operate
this kind of illegal number games,” he said.

Bulatan admitted though that it was difficult to eradicate the illegal numbers game citing it was widespread from Central Luzon to Southern Luzon provinces including Bicol while masiao and Last two-digit games are rampant in the Visayas and Mindanao regions.

He describes these illegal numbers game as a “way of life” rooted deeply in the culture of the community.

Balutan admitted that except for Albay, the PCSO sponsored Small Town Lottery (STL) draw in the Southern Luzon provinces and Bicol had been successful in fighting illegal gambling.

Balutan even tagged STL as the “jueteng killer” saying that people were now betting in the government-sponsored two-number games.

Balutan also warned some LGUs who gave permits to operators of the “Peryahan ng Bayan” which was already stopped and declared illegal by the court.

Allegedly there are towns in Albay that gave permits to operate “Peryahan ng Bayan”.

Asked why the STL failed in Albay, Balutan said PCSO has canceled the franchise issued to the Lucky V Prime Enterprises Corporation to operate a Small-Town Lottery (STL) in Albay province because it failed to remit a total of P 259.4 million in monthly retail receipts.

PCSO Board Resolution No. 248 issued on August 8 this year, an electronic copy of which was furnished the PNA, said the Branch Operations Sector recommended the termination of the authority to operate given to Lucky V due to the failure to comply with the PCSO agreed performance and obligations under the STL 2016 revised Implementing rules and regulation.

The violation included the non-remittance to the PCSO the total sales collection less agency commission from the prize fund and sales based on the Presumptive Monthly Retail Receipt (PMRR) in the amount of P77.6 million.

The Lucky V according to Balutan failed to use and issue the official tickets/receipts either printed by the PCSO or the license holder.

Balutan said the PCSO board has also resolved to forfeit the P 100-million cash bond of Lucky V to answer for its liabilities, including but not limited to taxes, penalties and charges, damages or violation of any of its obligation under the IRR and the STL Agency Agreement.

At the media forum, the PCSO reported that it has generated PHP48 billion in revenues during the 9 months of this year, a 25-percent increase as compared to the same period in 2017 amounting to PHP38.2 billion.

Balutan said he is hopeful that the agency target of PHP60 billion in revenue would be attained by year end,

The revenues came from the operations of Lotto, STL, Keno, and Sweepstakes.