30 families in Naga City get emergency shelter assistance from DSWD 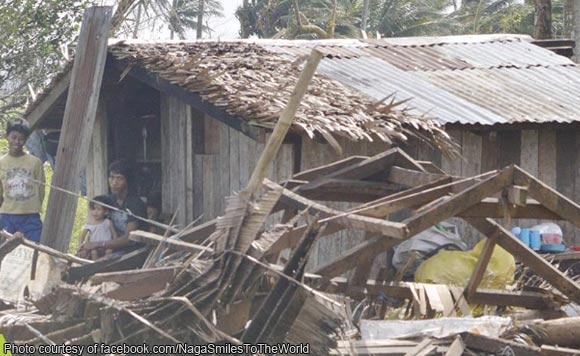 0 854
Share
Want more POLITIKO News? Get the latest newsfeed here. We publish dozens and dozens of politics-only news stories every hour. Click here to get to know more about your politiko - from trivial to crucial. it's our commitment to tell their stories. We follow your favorite POLITIKO like they are rockstars. If you are the politiko, always remember, your side is always our story. Read more. Find out more. Get the latest news here before it spreads on social media. Follow and bookmark this link. https://goo.gl/SvY8Kr

A total of 30 families from different barangays in Naga City have received Emergency Shelter Assistance (ESA) from the Department of Social Welfare and Development (DSWD).

According to the city government, the 30 families came from the Barangays of Abella, Bagumbayan Sur, Balatas, Carolina, Concepcion Grande, Lerma, Panicuason, San Isidro, and Sta. Cruz.

The were listed as beneficiaries with “Totally Damaged Houses” brought by Typhoon Nina that hit the city in 2016.

“The beneficiaries already received the shelter assistance of P 5,000.00 that were distributed early on. However, they were not included yet in the first distribution of the P 25,000.00 worth of ESA,” the City Government said.

Annabel Vargas, the head of the Naga City Social Welfare and Development Office (CSWDO), said that “series of validation had to be conducted by the DSWD to ensure the correctness of the names of families who enlisted.”

According to the city government, a total of 923 family-beneficiaries with “Totally Damaged Houses” in Naga City were already given with the ESA as of April this year.

“The ESA for the 7, 247 beneficiaries with “Partially Damaged Houses” from Naga City will soon be distributed also, upon notice from the provincial office of the DSWD who will spearhead the said distribution,” the city said.