Catanduanes to be featured in a Cinemalaya film 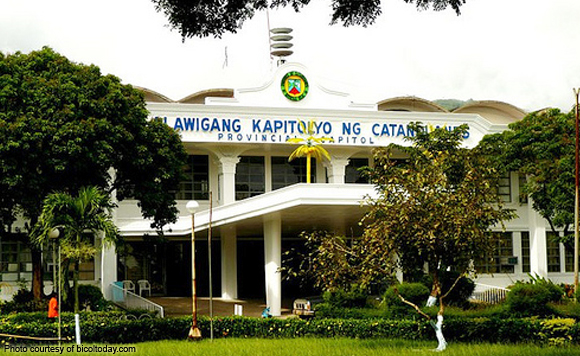 0 1,223
Share
Want more POLITIKO News? Get the latest newsfeed here. We publish dozens and dozens of politics-only news stories every hour. Click here to get to know more about your politiko - from trivial to crucial. it's our commitment to tell their stories. We follow your favorite POLITIKO like they are rockstars. If you are the politiko, always remember, your side is always our story. Read more. Find out more. Get the latest news here before it spreads on social media. Follow and bookmark this link. https://goo.gl/SvY8Kr

The province of Catanduanes has been chosen as the setting of a Cinemalaya science fiction, fantasy and coming-of- indie film “Ani.”

The provincial Capitol said that the said movie is produced by Wanderstruck Films and Syncrosynth Creative Studio which will be shot sometime on November 15-21.

The said movie will be shown during the 2019 Cinemalaya Main Competition during its festival from August 2-11, 2019.

“The motion picture falls on the year 2050, in the Federal State of Bicol, Philippines and centers on the perceptions of an introverted 9-year old boy named Mithi, who moved to a remote farming community visibly ravaged by the impacts of climate change, after the death of his mother to live with his estranged grandfather, Mauricio,” the province shared.

“When the old man falls ill, his farm seems to fall ill with him. Crops are dying and a threat to land seizure from the government further complicates things. With the aid of a malfunctioning robot found in a junkyard, he starts a quest to find legendary magical grains that is said to grant wishes, saving his grandfather and the farm,” it added.

Film’s director Kim Zuñiga and Sandro del Rosario said that they intend to shoot the film in a “visual manner that realistically portrays a world where in the use of robotics technology is abreast with the ugly realities of famine and government manipulation.”

“Moreover, it is also an attempt to question the double-edged nature of development as it was set in a sci-fi depiction of a future Philippines at the crossroads of technological advancements and environmental decay,” said the province.