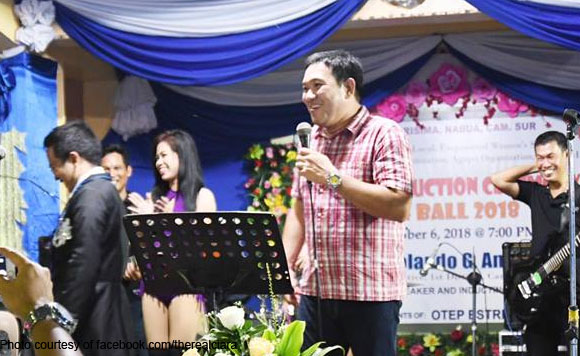 0 2,281
Share
Want more POLITIKO News? Get the latest newsfeed here. We publish dozens and dozens of politics-only news stories every hour. Click here to get to know more about your politiko - from trivial to crucial. it's our commitment to tell their stories. We follow your favorite POLITIKO like they are rockstars. If you are the politiko, always remember, your side is always our story. Read more. Find out more. Get the latest news here before it spreads on social media. Follow and bookmark this link. https://goo.gl/SvY8Kr

Andaya filed his certificate of candidacy (COC) at the provincial COMELEC office in Pili town around past 4 p.m.

Andaya and Villafuerte almost triggered a near brawl last September 17 during an “all-member caucus” in the House of Representatives after the latter refused to heed on the former’s proposal to realign the more than P51.7 billion “parked insertions” allegedly initiated by the previous House leadership under former Speaker Pantaleon Alvarez.

The elder Villafuerte accused Andaya of harassment after he was called a “coward” and a “faggot” in local dialect by the House official.

Last April, another scuffle erupted between the two legislators after Andaya challenged Villafuerte to a fist fight while inside a police station in Pili.

Andaya explained that he was leading a protest of Pili residents against Villafuerte who allegedly harassed them by dumping truckloads of soil in their area.

Meanwhile, Provincial Board Member Russel Bañez will be Andaya’s running mate in next year’s local elections.

Andaya earlier claimed that he is supported by his fellow province mate, Vice President Leni Robredo and his boss in the lower house, Speaker Gloria Macapagal Arroyo.