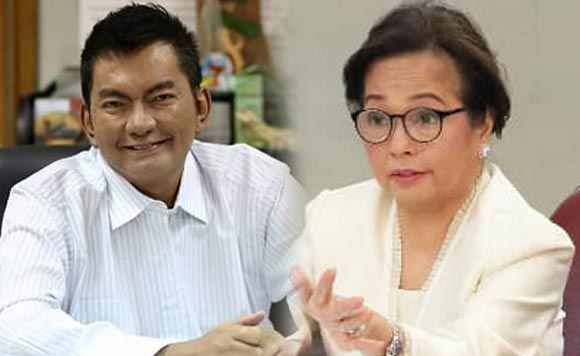 Albay Rep. Joey Salceda revealed that he was shocked that his former professor, Speaker Gloria Macapagal-Arroyo, had the audacity to strike out Vice President Leni Robredo from the line of succession in the former president’s proposed charter change (Cha-Cha).

In an interview with Karen Davila, Salceda admitted he signed Arroyo’s Cha-Cha without reading all of its provisions.

Section 4, Article XVII, on the Transitory Provisions of Resolution of Both Houses (RBH) No. 15, authored by Speaker Gloria Macapagal Arroyo and 21 other lawmakers.

Davila pressed Salceda on whether he believed that most congressmen were like him, sign bills without reading the fine print. But the former Albay governor digressed and instead fawned on the economic revisions pushed by Arroyo.

Salceda was also aghast why Arroyo would push for “unli” term limits in the latest Cha-Cha when her previous attempt during her Malacanang stay was struck down because of her proposal to scratch the one-term limit for the President and VP.